When times get tough, I always find myself returning to the simple joys that power pop music provides. Power pop always takes me back to childhood summers in the 1970s, when my world was free of the complexities and problems that adulthood brings. That’s why I’ve created five decade-specific playlists on Spotify – so that I (and you) can spend time immersed in the hopeful sounds of my favorite musical genre.

The Who’s guitarist and songwriter Pete Townsend coined the term power pop in 1967 to describe their style of music, but like everything else, the term has evolved over time. To me, power pop music means:

Pop songs played with rock instrumentation – in particular electric guitars, electric bass, and a drum set – that have catchy, memorable melodies and beautiful vocal harmonies. Typically, power pop songs address both the simplicity and angst of teenage life, with a lyrical focus on girls, cars, summertime, love, and growing up.

AllMusic describes it as:

“a cross between the crunching hard rock of the Who and the sweet melodicism of the Beatles and Beach Boys, with the ringing guitars of the Byrds thrown in for good measure.”

Power pop really came into focus in the 1970s, but the inspiration for power pop came from 1960s rock bands that wrote catchy pop songs with great melodies and harmonies, such as The Beatles, The Beach Boys, The Byrds, The Hollies, The Zombies, The Who, and The Kinks.

(There is a fantastic article about the birth and definition of power pop music over at Magnet magazine. I highly recommend you go read it.)

There were many bands in the 1960s that created the building blocks of power pop. These include pop-rock bands like The Beatles, surf rock bands like The Beach Boys, and the band who coined the term power pop, The Who. It was also a time of so-called “bubblegum music,” a style that featured simple melodies, simplistic lyrics about things like sunny days and candy, and which also had a major influence on power pop.

This Spotify playlist captures the beginnings of power pop and includes many of the songs and artists that would inspire multiple generations of power pop practitioners all the way up to the present day:

The sound of power pop came into its mature form in the 1970s thanks to bands like Badfinger, the Raspberries, and Big Star. Even bands like Paul McCartney’s Wings, Jeff Lynne’s Electric Light Orchestra, and The Steve Miller Band created catchy, energetic pop songs that from time to time could be classified as power pop. Most true power pop bands, however, cruised under the radar, being commercially overshadowed by arena rock and other, more “serious” forms of rock music.

Toward the end of the 1970s, a whole group of pure power pop bands emerged. Most of these groups modeled themselves on the Raspberries (which isn’t entirely surprising, since they were the only power-pop band of their era to have hit singles), or they went directly back to the source and based their sound on British Invasion records by The Hollies, Beatles, and Kinks. What all these bands had in common was a love of the three-minute pop single.

Because the 1970s were both the decade in which the power pop genre came into focus, as well as the decade when the first pure power pop bands emerged, many consider it the Golden Age of Power Pop.

This playlist attempts to capture the power pop sounds of the 1970s in all their original glory. If you’re new to power pop music, you’ll undoubtedly find some bands in this playlist you’ve never heard of.

“Pure” power pop music emerged around the same time as punk rock, so many power pop bands adopted the traits of the new wave bands that came into being in the post-punk era. The New Wave movement was as much about fashion as it was about music, and many power pop bands of the 1980s adopted skinny ties, flashy colors, and synthetic fabrics as part of their overall look. Some even merged electronic synthesizers into their sound. For the most part, however, these bands maintained a focus on short songs with catchy melodies, memorable guitar riffs, and vocal harmonies.

This playlist captures the power pop sound of the 1980s and shows just how strongly new wave music influenced their sounds:

Most of the power pop bands of the 1980s burned out and disbanded, as fans of underground and alternative music moved on to “Alt Rock” and the “Grunge” sound of the early 1990s. Nonetheless, a major revival of power pop occurred in the 1990s. Tons of musicians who had been children during the Golden Age of Power Pop in the 1970s came of age in the 1990s and founded a second generation of power pop bands.

The power pop sound of the 1990s exhibited more variety than the power pop of prior decades. Some bands of the 1990s tried to replicate the British Invasion and Merseybeat sounds of the 1960s, while others were inspired by Big Star’s legendary records of the 1970s. Still others maintained the faster, simpler sound of 1980s power pop. For a fan like me, the 1990s represented a second Golden Age of Power Pop, with the Internet enabling access to a treasure trove of great music that might otherwise have remained unknown.

Power pop of the 2000s became more sophisticated in some ways, and simpler in others. The fact that so many bands continue to make melodic pop-rock music is a testament to the staying power of the genre, the lasting influence of genius artists like Paul McCartney, Brian Wilson, Roger McGuinn, and Pete Ham, and the childish joy power pop brings to fans like me.

Here is a playlist that contains some of the best power pop of the 2000s and shows the range of sounds that power pop bands continue to produce in the 21s Century. This playlist begins with another of my all-time favorite power pop songs, “Forever” by Splitsville. It’s a track that expresses the lament of power pop bands who perhaps could have been big in the 1970s but were born “too late.” Enjoy: 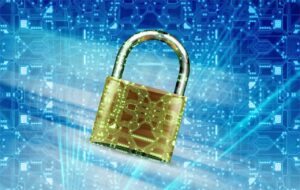