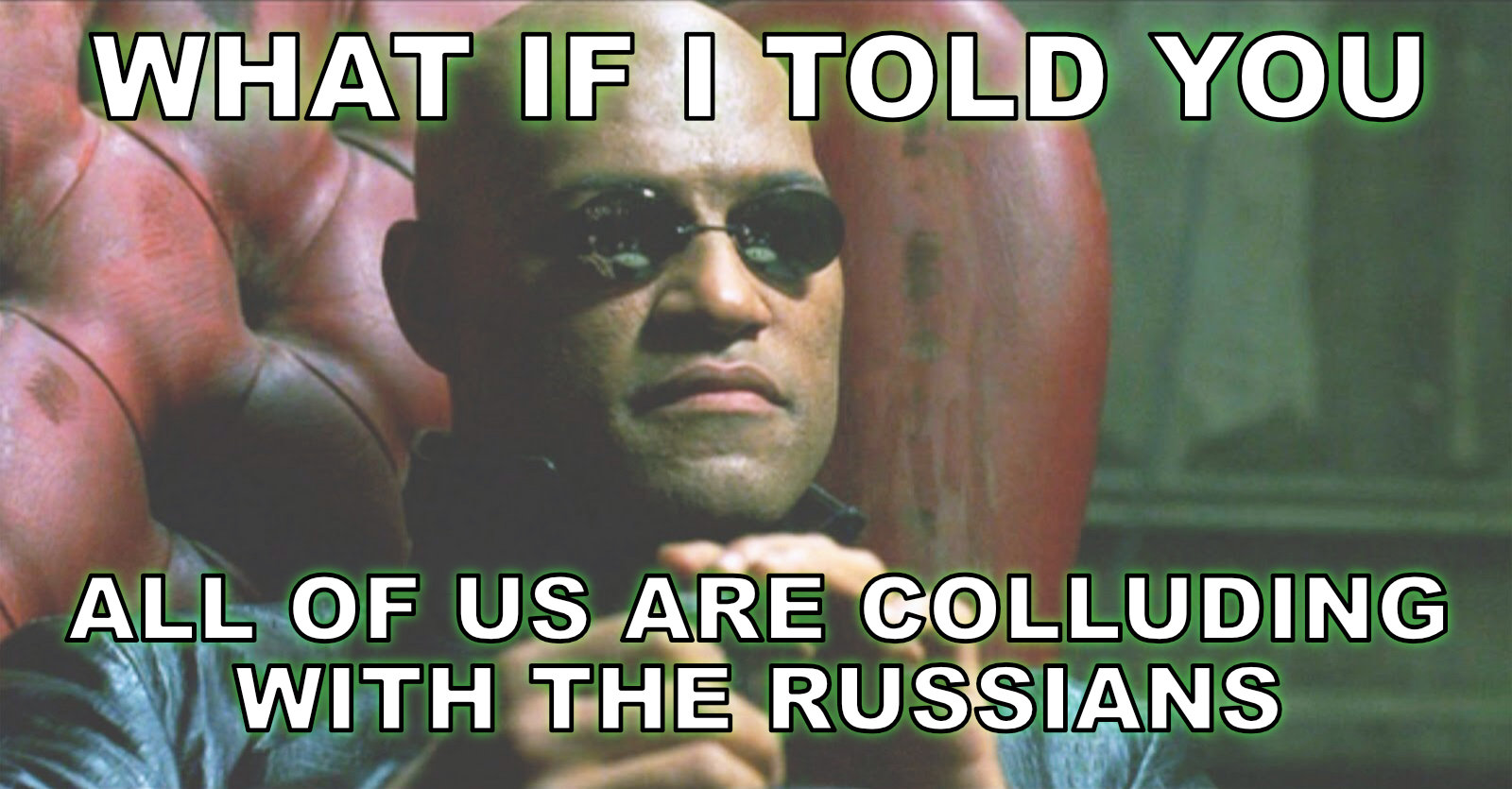 “But the biggest thing that has happened in the world in my life, in our lives, is this: By the grace of God, America won the cold war.” – President George Bush, January 27, 1992 The Russian government is actively pursuing a strategy of breaking up western alliances such as NATO and the EU, following a blueprint laid out in a 1997 book by Aleksandr Dugin. So far, their efforts have proved largely successful, in part because Americans are acting as Russia’s unwitting pawns. Through social media, Americans amplify and spread Russian propaganda designed to incite unrest and factionalism within our own borders.

The Threat of “Atlanticism”

In the aftermath of the Cold War, Russia experienced a crushing recession that left millions unemployed. The subsequent vacuum in the decades that followed saw the rapid expansion of the European Union and its single free market eastward. The EU now includes several former Soviet states, including some immediately bordering Russia (e.g., Estonia and Latvia.) More importantly, from a Russian security perspective, the NATO military alliance also expanded aggressively eastward after the Cold War, adding over a dozen European countries as members between 1999 and 2017. This expansion has put NATO allies, and NATO weapons, into countries immediately bordering Russia. The spread of western ideals such as free speech, free and open elections, and multiculturalism into eastern Europe are perceived as a threat to Russian culture and Russian influence. From the Russian point of view, the collapse of the Soviet Union and the end of the Cold War was both a humiliating defeat and a harsh rebuke of Soviet-style Communism. A new post-Soviet, neo-fascist political philosophy rose from the ashes of Communism, and Russia is actively engaged in pursuing this philosophy. Their goal is nothing less than the creation of a new Eurasian Empire controlled by, and answering to, Russia.

The Russian political elite could not tolerate the growing threat on their western border, but they needed a new geopolitical strategy – one that would establish goals and methods different from those that had failed the Soviet Union. In 1997, Aleksandr Dugin articulated and defined that new Russian strategy in a 600-page treatise entitled Foundations of Geopolitics. According to historian and Hoover Institution specialist John B. Dunlop, “There has probably not been another book published in Russia during the post-communist period which has exerted an influence on Russian military, police, and statist foreign policy elites comparable to that of Aleksandr Dugin’s 1997 neo-fascist treatise.” The Foundations of Geopolitics sold out in four editions, and continues to be assigned as a textbook at the General Staff Academy and other military universities in Russia. [source] 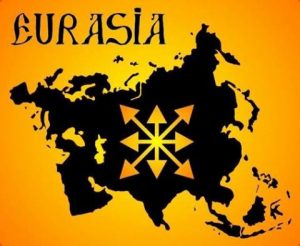 As espoused by Dugin, Russia’s ultimate goal should be nothing less than rule of the world by ethnic Russians, based on a Eurasian empire extending from “Dublin to Vladivostok.” The philosophical basis for this empire will include the rejection of “Atlanticism,” identification of America as a common enemy, and refusal to allow traditional liberal political ideals (e.g., freedom of the press, freedom of speech, free markets, civil rights, etc.,) to affect Russia’s society or political system. According to political scientist Andreas Umland, the Russian political elites, headed by Vladimir Putin, view Dugin’s new Eurasian Empire not as a restoration of an idealized Russian Empire, but as a replacement for the Soviet Union. Eurasianism provides an ideological basis for a new form of Russian imperialism. As for strategic stepping stones toward a new Russian empire, Dugin offers a long list objectives. I have listed just a few of these below:

Sound familiar? In terms of tactics, Foundations of Geopolitics recommends subversion of America and its alliances by encouraging and supporting separatism, isolationism, nationalism, and the creation of factions. It also calls for supporting radical separatist movements in western countries, including support for organizations that espouse extremist, racist, and sectarian ideals. Here is a passage taken directly from Dugin’s Foundations of Geopolitics (via Dunlop):

Russia’s actions, both overt and covert, offer strong indications that her political and military leaders are actively pursuing the strategy described in Foundations. The overt actions include:

As for covert (or disguised) actions by the Russian government in support of the Foundations strategy, consider these recent findings from western intelligence and news agencies:

NOTE TO READERS: Even in light of the information above, I DO NOT necessarily believe that Hillary Clinton would have won the 2016 US Presidential election in the absence of Russian interference – I simply do not have enough data from which to draw that conclusion. I am however certain that Russia wanted Trump to win and spent millions of dollars on propaganda directed at Americans toward that end. 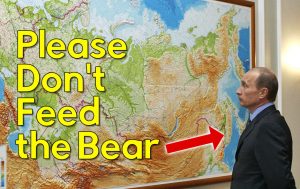 How We (Americans) Are Helping Russia Achieve Its Imperialistic Goals

Russian propaganda and incitements to separatism are spread through social media, and their success depends on our willingness to reflexively share stories that outrage us. As unwitting agents for Russia, each of us is helping spread the seeds of our own political and economic demise. Hundreds of fake Facebook accounts operating from within Russia purchased $100,000 worth of Facebook ads between mid-2015 and early 2017. These fake Facebook accounts managed to reach 126 million Facebook users during this time frame. Besides their sheer volume, one of the most striking aspects of the ads purchased by these fake accounts is their alignment with the strategy described in Foundations of Geopolitics, namely the creation of division and mistrust among Americans. Alex Stamos, the Chief Information Security Officer for Facebook, issued a statement about the ad placements on September 6, 2017. In it, he made these observations:

Considering the success with which foreign actors have spread messages of division and mistrust during the campaigns for Brexit and the 2016 US Presidential election, you can assume those same actors will redouble their efforts during subsequent election cycles. We can only protect the integrity of our western institutions and electoral processes by remaining vigilant against the threat of divisive propaganda. The next time you see a hyperbolic social media post that confirms your worst fears about people of a particular race, gender, religion, or political affiliation, your first reaction should be, “nice try, Russian troll,” rather than “OMG I MUST REPOST THIS EVERYWHERE!!!” Learn to take a breath and pause before you immediately like, retweet, or share divisive messages from obscure sources. Be especially wary of emotional manipulation. Most importantly, fact check yourself before spreading information designed to foment outrage and factionalism. Remember that the phrase “Russian disinformation campaign” does not describe some outdated method from a bygone era, but instead represents an active, effective tool being used against you right now.

Here are some reputable sites you can use to help protect yourself against disinformation and propaganda:

The list below identifies the sources I used for this document, as well as articles that affected my thinking on the subject. If you’re interested in this topic, I highly recommend reading them: 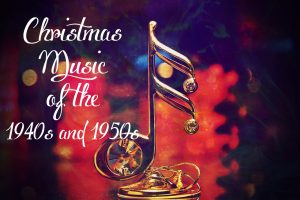 Previous post PLAYLIST: Christmas Music of the 1940s and 1950s 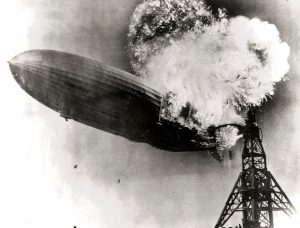 Next post Sorted: A Complete Led Zeppelin Playlist on Spotify

An Observation About US Federal and State Governments’ Attitudes Towards Citizens

Harriet Tubman and the History of Coastal South Carolina