Our current Gregorian calendar has all sorts of issues and inconsistencies. Here’s how I would fix it.

With the current calendar, some months have a different number of days from others, specific dates migrate to different days of the week from one year to the next, and comparing business or government data from one year to another is very complex, because each year begins and ends on a different day of the week. Predicting which weekday your birthday or anniversary will fall on is impossible without referring to a calendar of a specific year.

Below is my solution to the problem. I think you’ll find it superior in every way to the existing calendar. This calendar breaks the year into months and weeks that fit neatly into our 365.25-day solar year cycle.

The first step to reforming our calendar involves moving to a six-day week. Why six? Well, primarily because six divides evenly into thirty, twelve, and 360. Seven is a horrible number of days for the week, because it does not divide evenly into any of the other convenient divisors of 360.

To move to a six-day week, I propose eliminating Wednesday, while keeping all the other day names the same. Wednesday sits right in the middle of the traditional seven-day week. I don’t want to eliminate Saturday or Sunday because everyone (more or less) loves those days. I kept Monday because I wanted to keep the days named for the Sun and the Moon, the two most important celestial objects over the course of human history. On top of that, Wednesday is the hardest to spell. So – we eliminate Wednesday and get a six-day week that looks like this:

As an immediate effect, everyone who normally works Monday-Friday now gets a four day work week!

The next part of reforming our calendar requires that we establish twelve thirty-day months. Each month will have five weeks of six days each. Every month will begin on a Sunday and end on a Saturday. Here’s what January and February will look like under the new scheme: 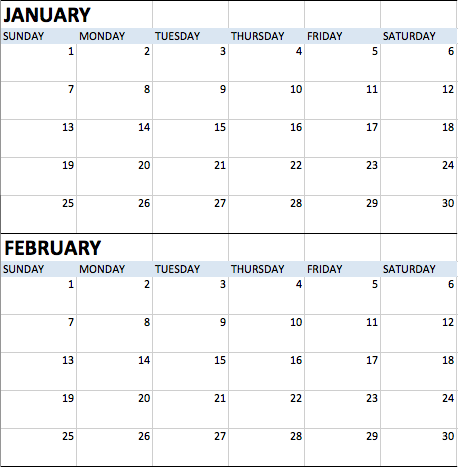 Some consequences of this structure:

If you’ve done the math, you may have noticed that 12 months × 30 days = 360 days, but our year contains 365.25 days. In most years, that means we have five “leftover” days. I suggest making these into “off-calendar” festival days and national holidays. During most years, we will have five such festival days, named Monofest, Duofest, Trifest, Quadrafest, and Pentafest (which will also be New Year’s Eve.)

Here’s how the end of a typical year will look: 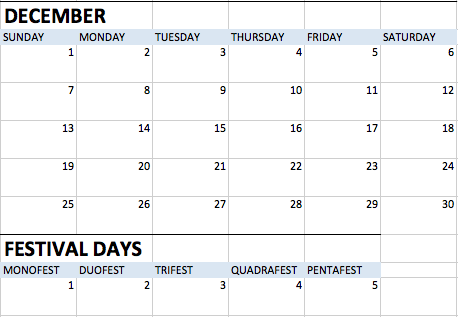 In leap years – which will still occur every four years – we will have a sixth festival day named Hexafest.

So that’s it. Under the LeeCorian Calendar, every year looks consistently identical to every other year, and every month looks identical to every other month. All calendar divisions have nice round numbers – thirty days in a month, ninety days in a quarter and 360 days in the official year. Holidays and other important dates will always occur on consistent, predictable weekdays from year to year. We get a four-day workweek, plus five festival holidays at the end of the year.

All you have to do now is get out there and help me convince everyone in the world to switch to it. 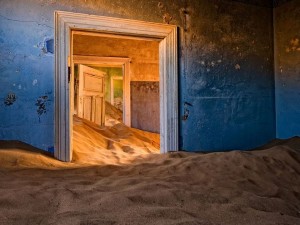 3 thoughts on “How I Would Fix the Calendar”