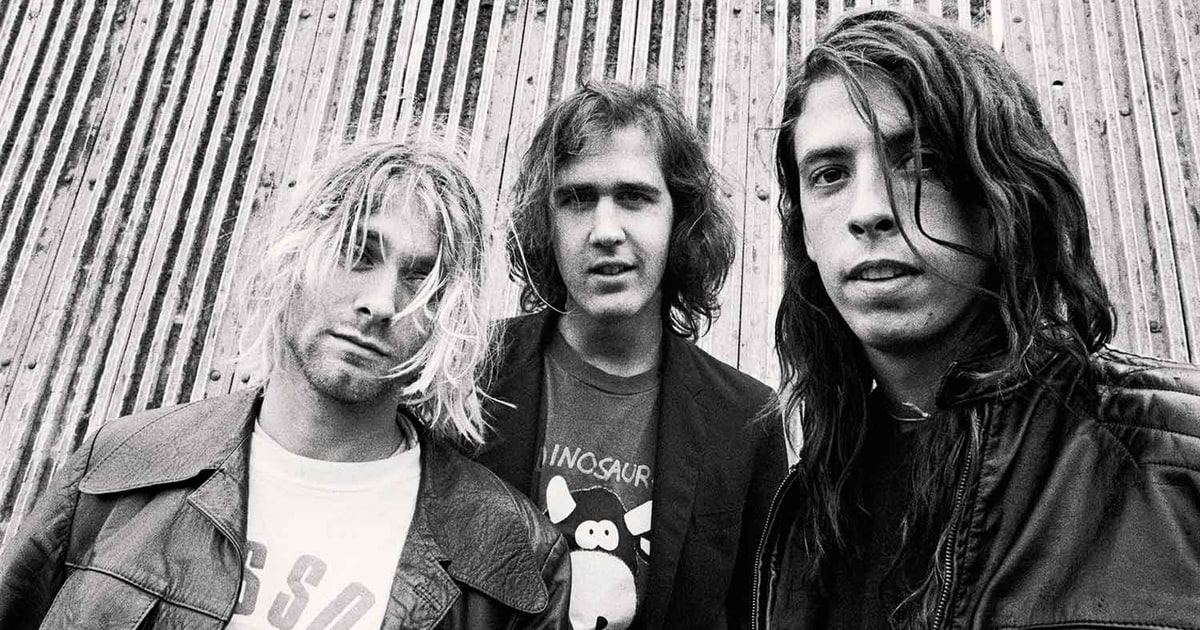 Alternative rock music has evolved and changed significantly over the decades, from its roots in low-fidelity “garage” rock, to punk rock, glam rock, new wave, post-punk, college rock, and through to the oxymoron known as “mainstream” alternative rock.

These seven playlists, which collectively contain over 1,000 unique tracks, chart the development of alternative rock from its garage rock beginnings in the late 1960s through punk rock of the 1970s, new wave of the 1980s, grunge rock of the 1990s, and finally to its transition into a popular form of music in the late 1990s. Each playlist focuses on a specific five-year period.

If you choose to journey through these playlists, you will find an array of well-know songs that exemplify their particular sub-genre of alternative rock. You’ll also encounter a significant number of “cult classics” and relatively unknown tracks that have influenced generations of musicians. 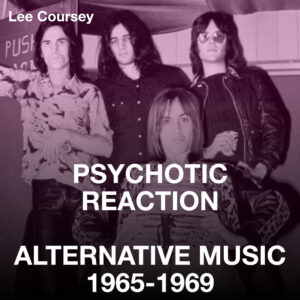 The late 1960s saw an explosion of creativity in rock music, as musicians experimented with forms like folk rock, acid rock, psychedelic rock, surf rock, and more. This playlist focuses on the beginnings of garage rock and the earliest forerunners of what would become punk rock in the 1970s. Garage rock is a raw and energetic music style that flourished in the mid-1960s. The style is characterized by basic chord structures played on electric guitars and other instruments, sometimes distorted through a fuzzbox, as well as often unsophisticated and occasionally aggressive lyrics and delivery. Its name derives from the perception that groups were often made up of young amateurs who rehearsed in the family garage. During this era, radio stations were dominated by British Invasion bands like The Beatles and The Who, or Motown girl groups. Meanwhile, bands like The Troggs, The Velvet Underground, The Stooges, Count Five, The Seeds, MC5, and others were making grungy, raucous, raw, low-fidelity music that would invigorate and influence the next generation of punk rockers. 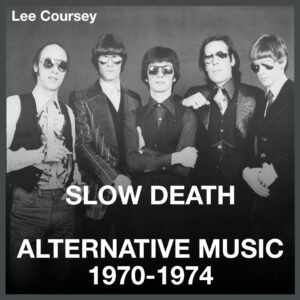 Popular rock music in the early 1970s was heavily influenced by folk music and blues music. This period also saw the birth of the singer-songwriter as a recognized figure in popular music, with artists like James Taylor, Carole King, Jim Croce, and Elton John topping the charts. Meanwhile, artists in the underground and alternative scenes were revisiting the early days of rock and roll, when simple, high-energy songs made teenagers dance and made parents nervous. The early 1970s saw the birth of glam rock, a sub-genre of alternative music that would give birth to both punk rock and new wave music. This era saw continued innovation by existing bands like The Velvet Underground, as well as the birth of new alternative acts like The New York Dolls, T. Rex, Roxy Music, KISS, and the legendary Big Star. This era also gave us the power pop sub-genre of alternative rock, which I have covered in detail (with its own set of Spotify playlists covering five decades of music) in this blog post. 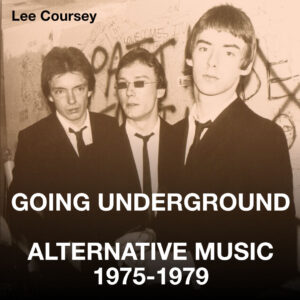 In the late 1970s, broadcast music made the transition from monophonic, low-fidelity AM radio to high-fidelity stereo FM radio. This shift corresponded to a change in recorded music that favored highly-produced and polished “radio-friendly” music by arena rock bands like Fleetwood Mac, Boston, ELO, The Steve Miller Band, and others. This was also the era in which Disco Music exploded into popularity and gave the world slick dance music from the likes of The Bee Gees, Donna Summer, and Chic. At the same time, young musicians around the world rebelled against the perceived lameness and sameness of what they saw as factory-produced music. Their response was to reach back into the do-it-yourself aesthetic of garage rock to produce the golden age of Punk Rock. This five-year period produced the debut albums of iconic bands like The Ramones, The Clash, The Jam, Blondie, The Police, Elvis Costello, and Joy Division. The punk scenes of New York and London thrived at this time, and produced not only some of the greatest punk rock of all time but also sowed the seeds of what would become New Wave music in the 1980s. 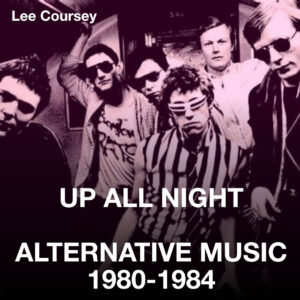 Although New Wave music began in the late 1970s, it truly came into its own as a distinct genre during the early 1980s. New Wave, like Punk Rock, was also a reaction to “corporate rock” that many musicians saw as uncreative, bland, and stagnant. New Wave leaned away from the abrasive, aggressive sound and openly political messages of Punk Rock. Instead, New Wave merged technological innovations like computers and synthesizers with an aesthetic influenced by science fiction from the 1950s and 1960s. This era also gave us sub-genres of alternative rock like Post-Punk and Gothic Rock. The center of gravity for Punk Rock moved from New York and London to California during the early 1980s, producing great bands like Dead Kennedys, Black Flag, and Suicidal Tendencies. This playlist features a plethora of well-known bands like R.E.M., U2, The Cure, Tears for Fears, and DEVO, as well as lesser-known alternative artists like The Suburbs, The Bongos, and the legendary Pylon. 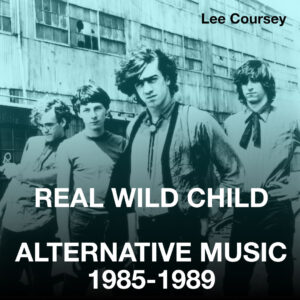 The late 1980s were a heyday for college radio, and a period in which the music of many New Wave and Post-Punk artists became more sophisticated. New Wave began so slowly fade out during the end of this decade, while post punk grew in popularity. This was also the era in which commercial radio stations were born to focus primarily on alternative music. In 1988, Billboard introduced “alternative” into their chart system to reflect the rise of the format across radio stations in the United States that were playing music from more underground, independent, and non-commercial rock artists. By 1989, Alternative Rock had become popular enough that a package tour featuring New Order, Public Image Limited and the Sugarcubes toured the United States arena circuit.

While 1985-1989 was a highly productive time for Alternative Rock, it was also a transitional period between the explosive surprise of New Wave / Punk Rock and the rise of Grunge Rock which would occur in the early 1990s. It was also the period in which Alternative Rock began to become popular enough to appear on traditional Album-Oriented Rock FM radio stations. 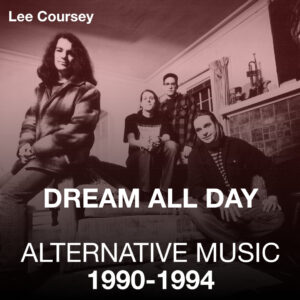 By the early 1990s, alternative rock’s commercial prospects attracted the attention of the music industry. Bands like Jane’s Addiction, Red Hot Chili Peppers and Dinosaur Jr. were signed to major music labels. R.E.M. had their first number one album in America with Out of Time in 1991, eight years after their debut EP, Chronic Town. The album also broke into the Top Five in multiple countries around the world, giving hope to other alternative rock bands that they, too, could achieve commercial success. The Lollapalooza festival, which showcased alternative rock acts, held its first concerts in 1991 and became the most successful tour in North America that year. In September 1991, Nirvana released their first single, “Smells Like Teen Spirit”, which ushered in the Seattle Grunge movement. Their album Nevermind was soon selling 400,000 copies a week. The success of Nirvana led to widespread recognition and acceptance of alternative rock in the 1990s. Soon, bands like Pearl Jam, Stone Temple Pilots, Soundgarden, and Alice in Chains were filling the airwaves with their brand of distorted, punk-rock-meets-heavy-metal sound. 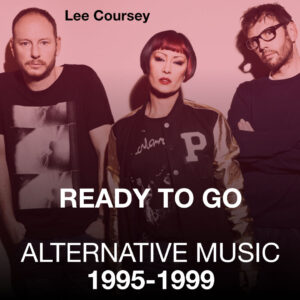 By the end of the 1990s, alternative rock’s sound had changed again. Grunge music began to fade out with the death of Nirvana’s Kurt Cobain, and Britpop also began to decline. In 1998, the Lollapalooza festival failed to find a headlining act and went on hiatus. Despite changes in style, alternative rock remained commercially successful and popular with listeners. Bands like Pearl Jam, Oasis, and Blur gave way to acts like Radiohead, Travis, Coldplay, Supergrass, and Weezer. Bands like Republica and Sleeper merged the sounds of techno-pop and punk rock to produce a more electronic, danceable, melodic form of alternative rock.

The late 1990s also saw the rise of more experimental, low-fidelity forms of alternative rock, with albums like Beck’s Odelay receiving warm reviews from critics. Some alternative rock bands had major hits during this era, crossing over on to the pop charts. Examples include “Tubthumping” by Chumbawamba, which reached number 6 on the Billboard Hot 100 chart. 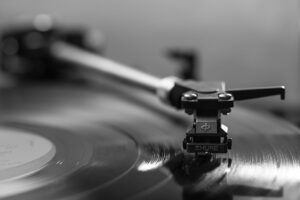 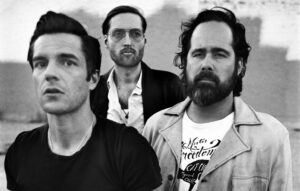