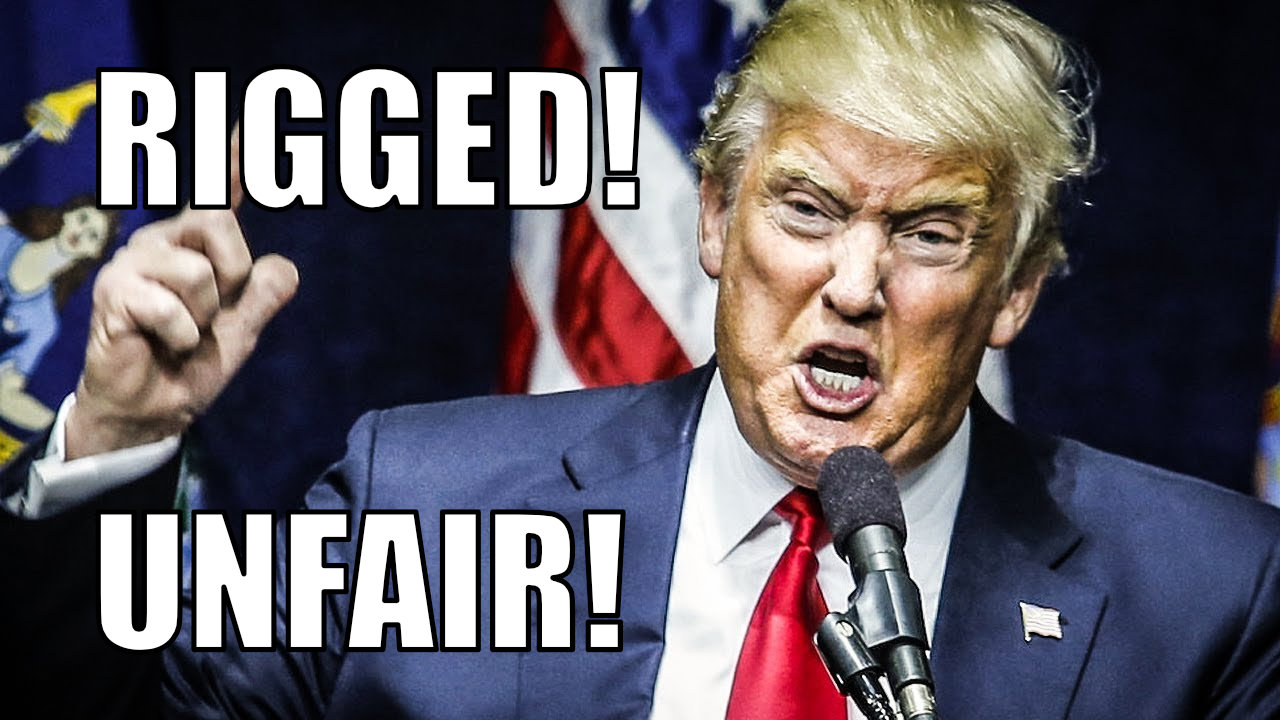 Donald Trump definitely believes a lot of things are rigged. As a pathological liar and certifiable narcissist, it is impossible in Trump’s universe for him to fail at anything, or to be unpopular, or to commit a crime. The only possible explanation for the appearance of failure, crime, losing, or lack of popularity on his part is that the system is rigged against him. Rigged, rigged, rigged. And if not rigged, then it’s unfair. Usually, according to him, it’s very unfair.

I spent some time looking back at Donald Trump’s Twitter feed because I’m a glutton for punishment. Here’s a list of things he said were, or are, rigged or unfair. In each case, the link will take you to the source tweet: